The good folks at Bing Canada were kind enough to invite me to their Bing.ca launch last week.

They’re good people over there. Very friendly and genuinely warm.

It’s taken me a week to really formulate coherent thoughts that I could write here.

From a search perspective, Bing has very good percentage margins. Of course, I don’t bank percentages, I bank dollars – and therein lies the problem for Bing: getting the volumes while maintaining the clickthrough and conversion rates. In the end, of course, search engines dominate through relevancy, and it’s through relevancy that Bing will win volume.

It was observed at our table of quantitative search folks that Bing was more consumer oriented. It wasn’t necessarily designed for engineers. It has visually nice pictures on the home page. It’s usable and feels uncluttered. It’s optimized for the top 3 most relevant results to be there. There is a preview mechanism so you can get a flavor of the site before you visit. The results, we speculated, were to be optimized based on consumer relevancy.

It reminds me of the 1990’s in a way. I used to use Yahoo! for Entertainment and Alta Vista for business search. Different search engines just seemed to be better at different things. Along came Google, which worked really well for both – and Google Scholar: where they house all their academic searches – and that was pretty much it for Yahoo! and Alta Vista.

If the Bing play is really to ‘search and decide’ (or put in a more web analyst language: “search and convert”), then it really has positioned itself to be a consumer search engine. So, much of the booing and buuu-urnsing you hear from engineers, developers, academics, doctors – and yea, even web analysts – might very well be predictable. Perhaps Bing simply isn’t optimized for that category of people. Maybe people out there – consumers – really are feeling “overwhelmed by search” (a statement that I must admit I still don’t feel like it applies to me.) Perhaps it’s not about me after all. 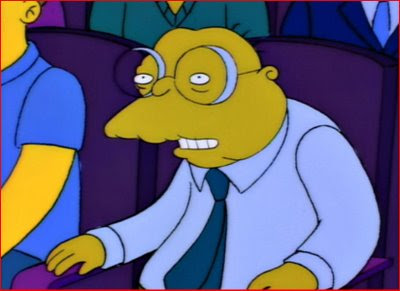 It’s by being relevant to the consumer that we might see Bing make inroads. It’s kind of reassuring (from a creative destruction perspective) that Bing will, like Google, live and die on its algorithm.

And let the best algorithm for the best market win.