On Monday we set up a model relating foot traffic to patio attendance and beer revenue for a pub on Toronto’s Peter Street. On Tuesday, we expanded the model to include weather. All equations are fake and are for illustration purposes only.

There’s no shortage of factors that might make a difference. In fact, each one of those variable can be further subdivided into ever more specific, granular, variables. The number of features isn’t so much of a problem inasmuch as our ability to identify the most relevant variables and focus on them.

Some of these are controllable. Some of these are not. And, the existence of collinearity creates a massive issue in terms of stating, for certain, that a given marketing treatment is really driving it.

The choices that people make themselves can be a huge cause of collinearity.

And other times, when dealing with very complex systems, like marketing, we have to resort to ‘all other things being equal’ type reasoning.

How Some Bridge Tournaments Are Played

Every round of bridge is unique because there is some crazy huge total number of games possible. Bridge is played with a deck of 52 cards split amongst 4 people. There are several thousands of variables imaginable, and several trillion variables possible. With so many variables (trillions), it would be hard to find a champion, somebody who’s skill determined their victory, not blind luck. 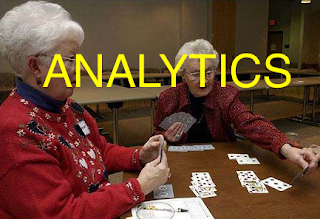 The tournament organizers create a whole bunch of hands and make those the standard ones at each table. After each game, the participants move onto the next table. The organizers re-order the hands to represent the starting state at that table. Everybody stays in the tournament until the end, all having the exact same starting experience. The person with the highest spread against everyone else’s score wins. This is the ultimate way of saying “all other things being equal”.

These guys use an extreme form of simulation to assert that the champion was the one who optimized the cards they were dealt the best. It’s the ultimate “all other things being equal” statement in the face of an extremely difficult attribution challenge.

And yet, with very few exceptions (the control group), it is exceptionally hard to replicate outside a pure laboratory environment. (Ie. The real world).

The Way We Understand Cars 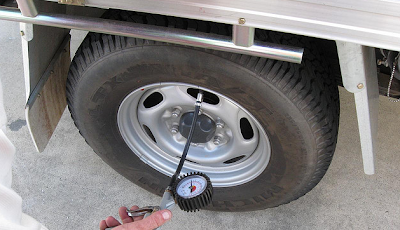 I don’t even know how to answer the first statement at all. Tires are as essential to automobiles as a message is to marketing.

I sure know how to make the second statement.

I think we all understand, that keeping everything else constant, what is the likely effect of this one variable (Either W or X) on Y, may be the most understandable path forward.

The Cards You Were Dealt

That very nature of nature makes it extremely difficult to break down a complex system and apportion credit to individual components.

These three questions are essential if Marketers are ever to understand attribution:

It’s a living system because the marketer is working it, and the individuals targeted are always working it.

Understanding The Problem and The Solution

Even when one focuses on a single optimization objective (Y), difficulties inherent in the way that statistical laws work (the independence assumption, VIF, and R^2) cause severe issues. These, unto themselves, aren’t insurmountable. They require a new type of storytelling.

Optimizing a living system might not only require focusing on a single Y, but also, in the analysis of single independent variables while making assumptions.