I’ve had a few days to think about Petersen’s post on Recession Proof Analytics.

First a summary. Then a summary of some of the comments. Then a reflection. Then an invite for comments or cross-blog talking.

He cites two arguments in as many months about the importance of analytics in a downturn, and goes onto to argue that it’s not quite that rosy. He rightly points out a development at eMetrics DC – specifically – a quote from Liz Miller that many CMO’s are many years away from understanding the true value of analytics.

Petersen goes on to cite 5 things we can do:

Friends and colleagues alike know I’ve been harping on points 1, 2 and 5 (and I’ve been persistent on point 2 for a long, long time.)

Then there are a few very neat comments in his thread.

“The Converted are exemplified by our keynotes. Kim Johnston from Symantec nailed it with her marketing project review. “Show me all the activities. If they are not measuring up to expectations, we cut them. If they are not being measured, we cut them. As a result, we are doing half the work with the same budget and getting (something like) 25% improvements in our results.””

“When Martyn Etherington became CMO at Tektronix in 2002, the global maker of test, measurement and monitoring equipment was experiencing a post-Internet bubble hangover. “I counted up all the strategic objectives for the company,” Mr. Etherington says. “I remember this number vividly: 102 strategic objectives, and we weren’t even a billion dollars [in revenue] at that time.” He describes spreadsheets littering his office with 4,000 individual marketing activities, not one of which could be linked to any of the firm’s “strategic objectives.” “Just a plethora of activities, but no quantifiable metrics or any way that I could quantify that my function was actually making a difference to the business,” he says.

Mr. Etherington implemented a “get well plan” that included consolidating marketing operations that had been dispersed across the organisation, entailing about US$9m in efficiencies, and reducing the 102 objectives to about 20, and the 10 different categories of marketing job classifications at the company to three or four. Most important, he instilled a “culture of accountability” that aligned the marketing organisation with sales, including tying compensation of marketers to the performance of their sales peers. These “painful steps” could only be taken with the support of the CEO.”

Those are the kinds of companies that come to the eMetrics Marketing Optimization Summit to see if they’ve missed anything and always end up sharing with everybody else.”

“The idea that analysts are any more immune to layoffs than any other position is a falacy. I think this myth is tied to the fact that most companies haven’t yet caught up with analytics and are in need of investments in this department.

If companies learn to profit from analytics during the tough times ahead, then there won’t be much pain in the community. However, once the industry matures or if companies don’t see the value in analytics, then times won’t be safe for anyone.”

“I believe that you’re fundamental right. The value of analytics isn’t obvious to everybody.

It’s up to the standard bearers of analytics to be active advocates for the value that they bring.”

What I really meant was: 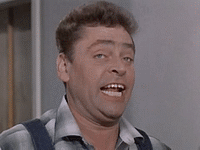 To that end, I’ve started using case study language. Second – I’ve started emphasizing quick wins that can be accomplished without involving physical technology. Though, I must admit, the distance you can get without IT cooperation in the medium and long run is considerably smaller – which is you really ned the quick wins, quickly, to get your snowball moving.

Ultimately, I think that we have to be advocates for our disciplines in demonstrating and proving the value of analytics. Sadly, I think there are a few programs out there that will indeed get cut because the case wasn’t made, because of bankruptcy, or because they failed to demonstrate the value.

Others will grow in big ways.