The Bass Diffusion Model not only works for what happens inside a social network, but also applies for the adoption of the network itself.

Two weeks ago you read about the rise of Pinterest, and, followed up with a piece on the primacy of Facebook in America.  In short, Pinterest is scaling successfully, and in my judgement, much better than Twitter did comparatively in 2008. Facebook, to most Americans, is synonymous with social networking, and, their experience is largely positive.

Last week you read about the Bass Diffusion model. Innovators adopt. If they’re impressed, word of mouth takes hold and the imitators follow suit. The effect can be modeled, understood, and predicted.The diffusion of social network platforms (software as a service) follow the same laws of product diffusion as anything else.

Only that they’re not like refrigerators or microwave ovens (below). These networks don’t appear to be as durable.

The Bass Diffusion model covers how something diffuses. 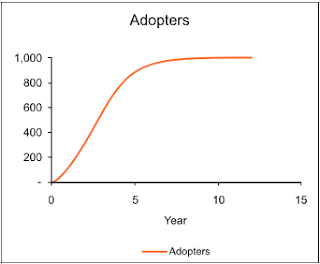 It doesn’t fully explain premature death of a product. (The model can be expanded).

(Obligatory Kevlar Statement: Search keyword activity is only a proxy for public interest, and no claim is made that search activity is in any way causal or even correlated to the recency/frequency/intensity profile of any given social network. These charts are presented in the context of the Bass Diffusion Model, and as such, the entire example cannot be called merely ‘chartism’.)

Consider the lost civilization of Friendster. Hypergrowth begins somewhere in mid 2006, jumps the shark in December 2008 – and, then it suffers a cold death. Eighteen months was all they got.

Pretty morbid right. The rise, height, and death of three social networks. Each one has case studies and explanatory variables.

Contrast with Reddit, Digg’s successor. There’s that little bump in late 2007. Hypergrowth denied until late 2009. Then things got real.

Google Wave – such massive growth in late 2009 – then a very rapid death.

Google Plus and G+, however you want to write it, got a huge bump from Google, an inducement, and now a decline. (Who really needs to search for it? It’s ubiquitous in the Google Platform, right?) 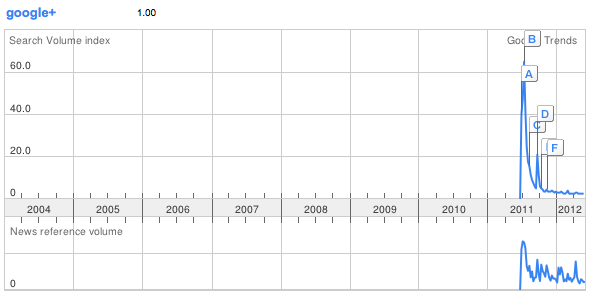 Check out the non North American networks, which appear to be quite a bit more resilient. 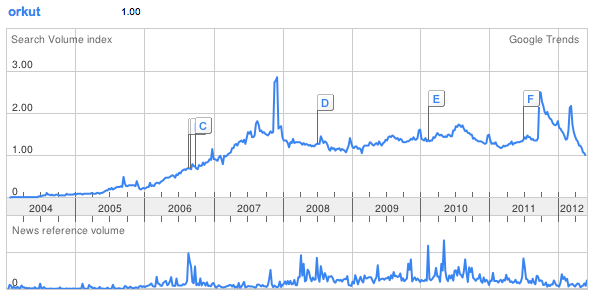 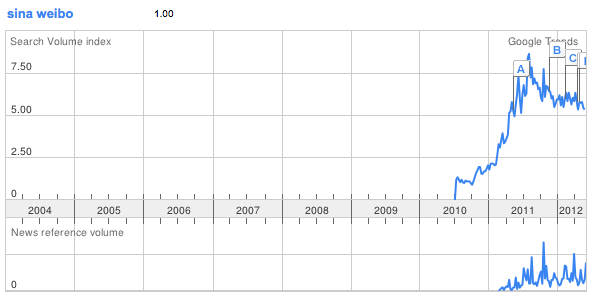 Compare it now to Facebook – nice steady growth from 2006, and then hypergrowth begins in mid-2007. This is the cleanest and clearest S-Curve of any of them. Note the late 2007 spike. If that was to be magnified, and we were back in 2007, that might have been fatal. It wasn’t. 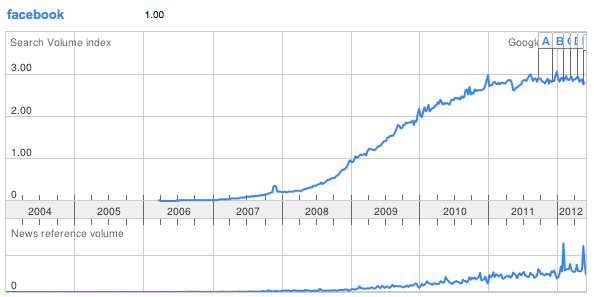 Compare it now with the rise of Twitter, which had a very rapid rise starting in early 2009 and accelerated from there. The curve much less smooth than Facebook. It’s adoption has been far more punctuated and less smooth as Facebook was.

And finally – Pinterest, with a clean, strong hypergrowth, after 5 years (not shown) in the desert. 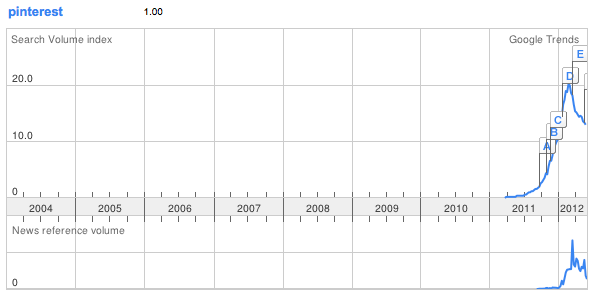 The supremacy of acquiring users is baked right into the culture of tech startups. A user base is considered to be far more important than having a strong monetization play. That choice is predicated on the belief that dollars will follow adoption, but, once adoption is lost, all is lost.

It’s a type of optimism that is less likely to exist in the mid-west and in Canada, where questions of business model and positive cash flow are primary.

Forecasting the rise of a network is a fair bit more straightforward. Pay attention to the innovators and you’ll get a good indication of where the herds will follow.

It’s considerably more difficult to detect the leading indicators of the degradation of a social network. Innovators are less likely to be particularly vocal about defection. They’re considerably harder to detect.

In what is a meta-meta argument, the Bass Diffusion Model not only works for what happens inside a social network, but also applies for the adoption of the network itself.