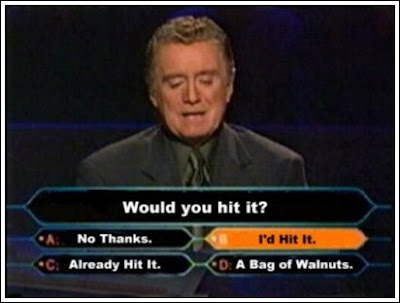 Marketing Sherpa released an interesting chart of the week that I figured is worth sharing because it raises an important problem – how should you signal to a company that you don’t want what they’re sending you?

So often, one signs up for an email with an expectation that you’re going to get what you’re signing up for, and I’ll admit – when I invite Air Canada into my mailbox for airfair specials, I expect to only get airfair specials. Only. I don’t want to be cross-promoted with their latest Aeroplan offering, and on and on. Or about any sort of “courir pour la poutine” fun run and bar-b-q that they’re having in support of the Heart and Stroke Association. Sure, it’s great, and even a little bit funny – but really, I signed up for air fares. (And not saying that I actually GOT such an email. Though, another company did something similar, and yes, I hit it.)

Moreover, if it says that I’m signing up for a weekly email, then the emails better be weekly. I better not get them daily, or anything else.

Note that those are two best practices: tell the prospective subscriber what you’re going to send them and how often, and stick with it.

Over half of the respondents in the MarketingSherpa survey said they’d hit email that they did not sign up to receive. Great. I’m surprised that it’s not higher, but hay, spammers spam because somebody out there continues to fall for the \/|AGARA CHE/\P emails, and converts.

4 in 10 hit it because they got email that was not of interest.

Makes me wonder if the real reason is: “what they were promised was not what was delivered”, or, simply, some people “lost interest” over time. So, I think an additional question is warranted.

Therein lies the problem from a marketers point of view.

One company in particular was making it really hard for me to unsubscribe through the link. The link was tiny, and the system wanted me to log in to unsubscribe. Forget that. I hit the spam button.

We might want to make it really hard for users to unsubscribe, but that’s such a false goal, because users, such as myself, burned in the past by non-compliance, will just hit it (the spam button). Most don’t know that it causes marketers real damage. Some don’t care. I personally hope that it does cause them real damage. 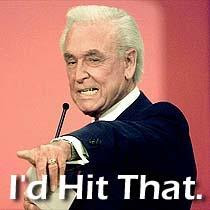 How should we signal that we don’t want what a company is sending us anymore? That we’re bored? That we just want to move on? Did they have a bad experience in the store? With a product? Are they just done shopping for a Fridge and don’t want me sending them emails (end of LifeCycle)?

If a user doesn’t open up the emails after a specific frequency (and the frequency is dependent entirely on your unique circumstances) then next time, send them a “Are we still getting along?” or “Are you still interested?” in the subject line email. Therein, a clear call to action. “You don’t pay attention to me anymore. Maybe it’s me. Maybe you don’t have time. What would you like to do?” and then list out “I never want to hear from you again” to “I’d like different emails” to “I just don’t find you interesting anymore.” And with that…at least you’re attempting to rescue the relationship. You’re not waiting for the fifth time you pop up in their email, and they get sick of hitting delete, and then they just spam block you. You’re not waiting for that damaging point. If they want to move on, let them. Moreover, give them an opportunity to tell you what’s wrong.

That could be really valuable intelligence.

And then move on.

You’d certainly reduce amount of blacklistings with such a method, and manage your churn in a much more positive manner.

That’s my pitch, what do you think? What would you do?