A fellow data scientist and I were debating how to answer a very specific question that is asked all the time by others. How would we answer it? I grabbed a piece of paper and drew a histogram. 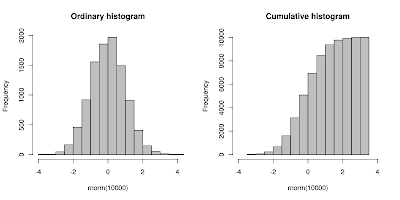 The end user isn’t a statistician, marketing scientist, or an analyst. Histograms aren’t encountered in everybody’s everyday life. Uncertain if I was being elitist, I turned around and asked twitter what they thought of it. And I got a mixed response.

So, instead, we went about asking about the easiest way to communicate a distillation of what a histogram says. What is it that we see in a histogram that answers the question? How do we subtract all the thinking?

But those are opinions and unbridled optimism. They’re very normative statements.

I don’t think that histograms are usable from a mass usability perspective because they cause too much thought.